Timber Ridge has partnered with numerous manufacturers and will be testing out numerous state-of-the art snowguns throughout the 2019-20 season. Some of them are permanent and some of them are portable…if you get a moment, ski by and take an up close look. These state-of-the-art guns can produce high quality snow in temperatures up to 29 degrees! They are fully automatic and self-regulating to produce consistent perfect white snow! Timber Ridge prides it long history of phenomenal ski conditions and is continuing to invest in the best snowmaking possible. 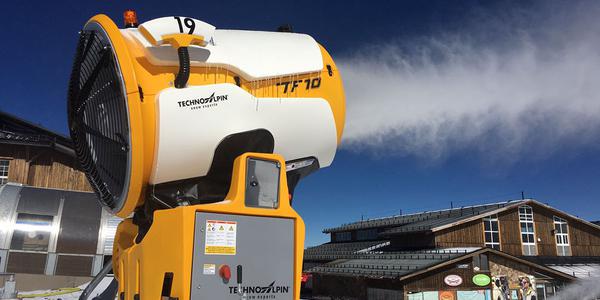 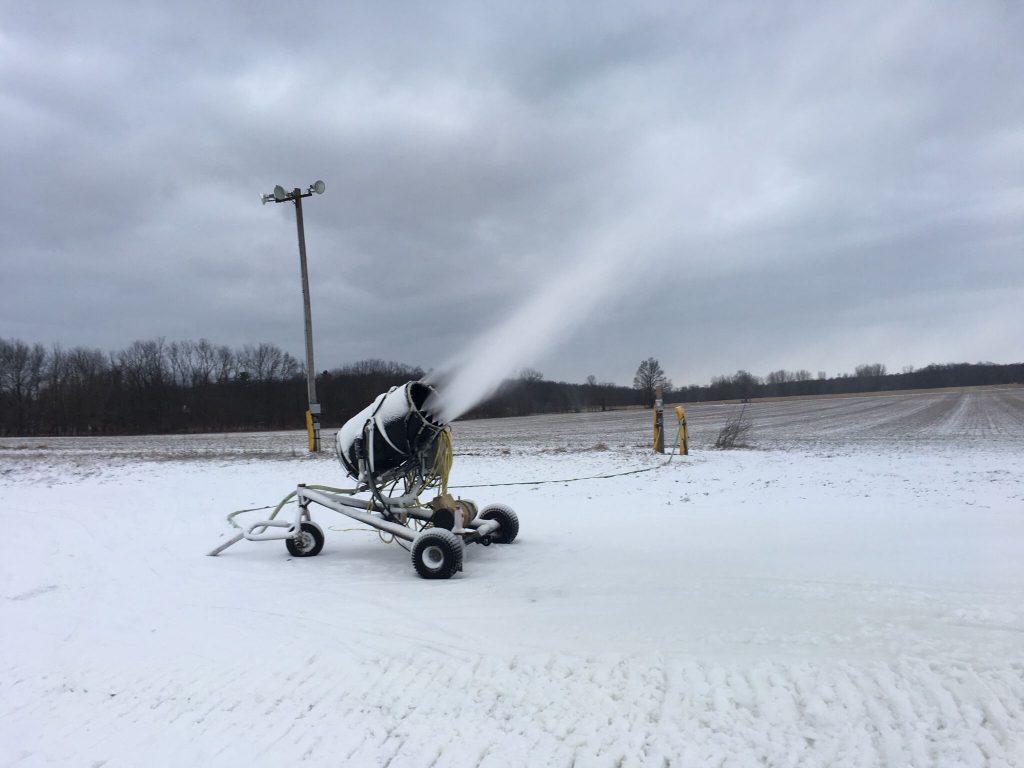 You would never guess how difficult it is to actually “make snow”. Timber Ridge’s crew of snowmakers work straight through the night in the coldest, most freezing conditions, all while constantly monitoring changes in temperature, humidity, wind speed and direction. It all starts with cold water and below freezing temperatures.

First, cold water is pumped from our snowmaking pond through three very large pumps – all together they can deliver 3 million gallons of water in a 24-hour period! The cold water is pumped through a series of underground pipes to both portable and fixed snow guns, which are spaced out over Timber Ridge’s 40 acres of skiing terrain.

Next, the snow gun breaks the water down into microscopic droplets, which are carried high into the air by a very powerful fan. This process creates a “cloud” of “bulk water”, which is ready to form snow. But snow isn’t ready to fall just yet…without nucleation snowmaking is nearly impossible. The snow gun has special nozzles that mix water and compressed air to form instant microscopic frozen nuclei. These frozen nuclei are carried up in the cloud of bulk water droplets, providing the starting points for millions of tiny snowflakes to form. As the snowflakes grow, they get heavier and fall to the slopes.

Both temperature and humidity play a role in the quality and volume of snow produced. Snowmaking improves as temperatures and humidity levels drop. Generally, snowmaking is possible in the mid-20s, but doesn’t get great until temps are in the teens. With low humidity and temps in the low teens, it is possible to cover all of Timber Ridge in in just a few days!

Overall, snowmaking is a very difficult and expensive process, but with careful planning it results in a long season of great skiing and snowboarding conditions.

After the snow guns make their huge piles (and any extra snowfall help from Mother Nature), the groomers a.k.a. “snow cats” head out on the hill to push the piles down. Snow cats are like a bull dozer, but have very wide rubber and aluminum tracks, a sophisticated 12-way blade up front, and a powerful rotating tiller on the back. The first step is to spread the snow evenly across the slope. After the snow is “graded” out, then the grooming begins.

Groomer operators use both the blade and the tiller when grooming. They use the blade to cut down moguls and to fill ruts while they are driving forward. The rotary tiller then chops up the snow and ice, creating a soft, snow-cone like material. This softened snow flows under the final part of the tiller, the yellow comb, which puts down a super-smooth corduroy pattern on the snow surface.

REMEMBER – Always check the Snow Report or call our 24-Hour Snow Phone at 269-694-9158 to check for updated surface conditions. Even with the best of snowmaking and grooming, the current weather plays a heavy role in how good the skiing will be. It is your responsibility to be aware that conditions can change quickly, causing rough or icy spots.